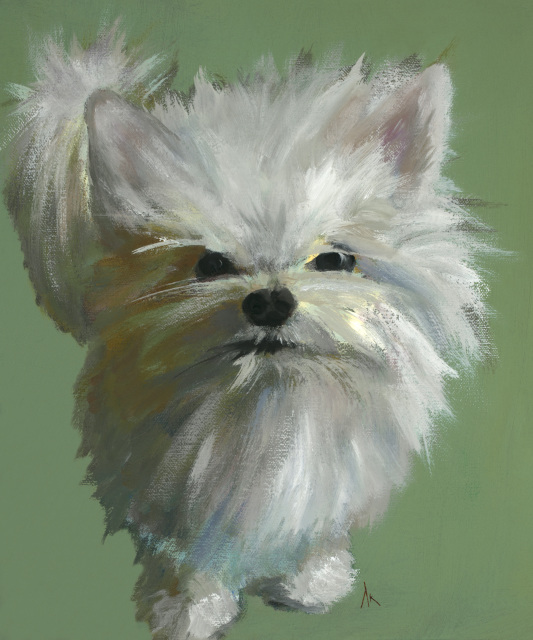 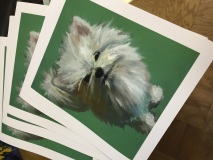 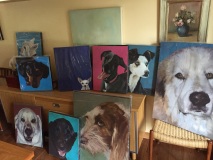 print: Happiness Is... a Pom-mix

print: Happiness Is... a Pom-mix by Alyson Kinkade

aka I Heart Waffles

Made to order, please allow 1 - 7 days for production.

Special thanks to Jafe Parsons Photography

Buy Now
Waffles is a 2 year old Pomeranian mix who has been through a lot in her short life. She was taken in by Dogs' Own in Loveland, CO during the floods that Northern Colorado experienced in the fall of 2013, along with her mother and litter-mates, and four other small dogs. After caring for all of the dogs for several months, we discovered that the dogs' owners did not lose their house in the flood, they were homeless and trying to defraud FEMA. The dogs were all malnourished, the puppies all had roundworms, and it became apparent that these people only used their dogs for breeding and selling. During this time, Jess fell in love with the only female puppy in the group, and named her Waffles. When the people came to pick the dogs up, they only wanted to take the dogs that would be easiest to sell, which included all the puppies. Dogs' Own eventually negotiated with them for Waffles, because Jess wanted to keep her so badly.

After recovering from worms, and malnutrition as a puppy, Waffles had reoccurring skin infections that had to be treated. She also suffered a concussion as a puppy, after falling hard after jumping (being 4 lbs is tough!) She started having trouble with some intermittent pain. She had to return to the vet, and was diagnosed with luxating patellas. Her owner has never asked for help through any of this, and has been diligently saving money for her inevitable future knee surgeries.

Following a camping trip this summer, Waffles became very ill. She was lethargic and wouldn't eat, so her owner took her into the vet and was hospitalized for more than a week. She has been diagnosed with Leptospirosis; a rare bacterial infection that can be contracted from the urine of wildlife. It can live in the ground for up to six months. It can affect the kidneys and liver, and Waffles had to be nursed through renal failure. She has also suffered pancreatitis, and had a nasal drip feeding tube and heavy doses of antibiotics.

Waffles is now doing a little better, starting to feel good enough to play with her best friend Tips (the office kitty); but her owner is now faced with daunting vet bills. She has upped the limit on her CareCredit, and will still have more to pay on top of that. Again, she has never asked for help through all of this, but we know this is going to be a big financial hardship for her. You can help by purchasing a print or magnet of Waffles or via the Go Fund Me page for Waffles' on-going treatments.